Whitney summit day (no PCT miles, 14.2 miles out and back on a side trail)

Dreamed there were two mountains.  One real, the other not.  Both had the same name, which was Whitney.  Each had the same slopes, creases, rivers and lakes, gravel pits and mud holes.  In every way, they were the same mountain except that one of them did not exist.

I’ve walked them both.  The true and the not-true.  Somehow I imagined it would be this way, just this way.  The crowds and the shape of Guitar Lake.  The slots that creep up on me and give a window out to the east, to the Owens Valley, to the desert that exists on every plane.   The ice on the ledge and the steep drop down. A snowfield on the final pitch and the hut on the summit.  The hazy views out in every direction and the blue sky above. 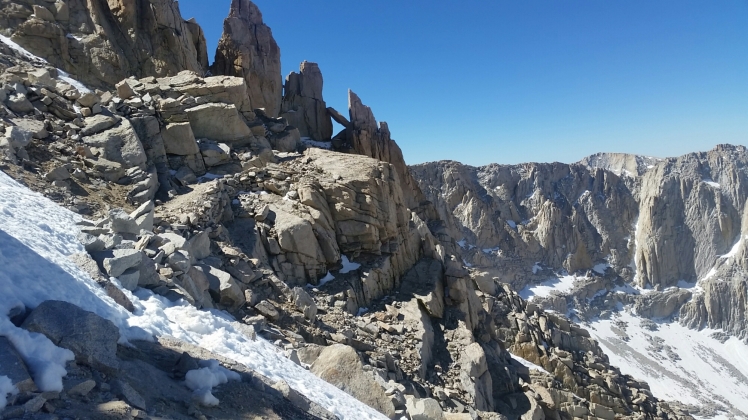 “Can you take my picture?” I ask.  The man doesn’t seem pleased, but says OK.  I smile and he stands there and pushes a button and then I exist again, on a third mountain, a digital one. 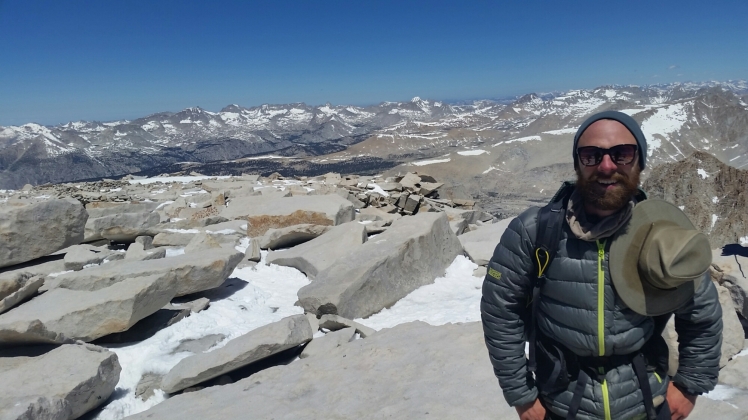 Eventually I climb down, unsure of which mountain I’m on anymore.  I think back to the way it was, to the mountain I was on, and am still on.  A ranger walks past me and asks if I enjoyed the summit.  I said that I did, even though it was windy and cold.

At night I sit by the stream and gather water, which is an ancient task.  It’s enjoyable, to gather one’s water and consider how to use it, and how much will be needed. Then, I lie down in a meadow and drink and look at a mountain, a very real mountain, and think again of Whitney.  And in my head, as what I call a “thought” forms and takes on a granite shape, a new mountain is created.  This is the type of mountain I can walk into whenever I want.  There are an infinite number of mountains and each one has the same name, which is Whitney.

Sleep is swift and easy.